The City vs The Suburbs – what do office tenants prefer?

Office location trends changed many times in the past century. In the 1970s many companies started building and renting offices in the suburbs, only to have the trend change recently and offices being moved to downtown. But, it’s not that simple.

The landscape of the real estate market is changing, and it’s changing fast. The re-urbanization of American cities has left many experts wondering if the traditional American suburb is undergoing a slow death. Let’s break down the City vs Suburbs question and see whether that’s true and is having a downtown office really the best solution?

The millennials aren’t just applying for entry-level jobs and internships. They are moving into middle management and achieving success. What this means is that their preferences are important in the decision-making process for the company’s office space.

It’s no secret millennials love work-live-play environments, and that is one of the reasons why they are so drawn to downtown. In addition, they usually do not like cars or car ownership. They are willing to take public transport and ride-sharing services like Uber to minimize the expenses. Life without a car means no parking payments too.

We’re not just talking about the millennials anymore. Urban office space works for companies and generally most of their employees, not only the younger crowd. Having other offices in near proximity makes it easier to network and mingle with other professionals and potential customers or vendors even.

Also, it’s so much easier to recruit new talent to a downtown office. Millennials tend to live downtown, and baby boomers (with empty nests) have enough equity to sell their suburban homes and relocate to downtown. This means that it can be easier and less expensive to bring the office to the employees – downtown.

We’ve all heard that suburban America is dying. Would we say that’s true? Absolutely not. But is it changing? That’s a strong Yes.

There are many suburban communities in the US that have a thriving office sector, like New York and Palo Alto. What they have in common is the development in the form of urb-suburbanization. If you don’t know what that is – it is a combination of the words of urban and suburban that describe the introduction of urban development into suburban environments.

The first one is obviously the cost. Office space in the suburban location always costs less than equivalent space in the central business district. Rent isn’t not the only financial benefit of suburban office location. Suburban buildings often offer free parking, which is also an opportunity for your company to save some money. Don’t forget about the tax, where many suburbs don’t impose taxes on businesses, saving even more money.

Suburban office space also makes sense because many people still want to live in the suburbs and also work there.

With all the talk about the decline of suburban America, there is still a fair amount of uncertainty in the office sector. While there is no denying that young professionals are relocating to major cities, companies who focus primarily on downtown offices could be selling themselves short because older groupings of millennials are settling down and starting families in the suburbs.

Developers and investors in the office sector should be looking at both urb-suburban and urban markets as potential locations for office space.

For all the stated reasons, choosing between the city and the suburban office space remains a tough and personalized decision. The question is not what is best for the market but what is best for your employees, company, and what you want the future to bring. 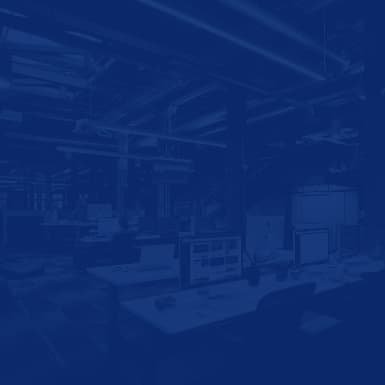 How to keep your workforce engaged while working remotely?